Background: á Chorioamnionitis is an infection of the placental membranes that is associated with increased risk of maternal and perinatal morbidity.á Chorioamnionitis accounts for 10%- 40% of peripartum febrile morbidity and is associated with 20% - 40% of early neonatal sepsis and pneumonia.á The decision to deliver women with chorioamnionitis by cesarean section is very complicated, involving degree of labor progression, medical and other obstetric indications, patient wishes, and physician preference.

Objective: á To examine the effect of chorioamnionitis on obstetric delivery method by hospital geographic location and hospital type in a national sample.á 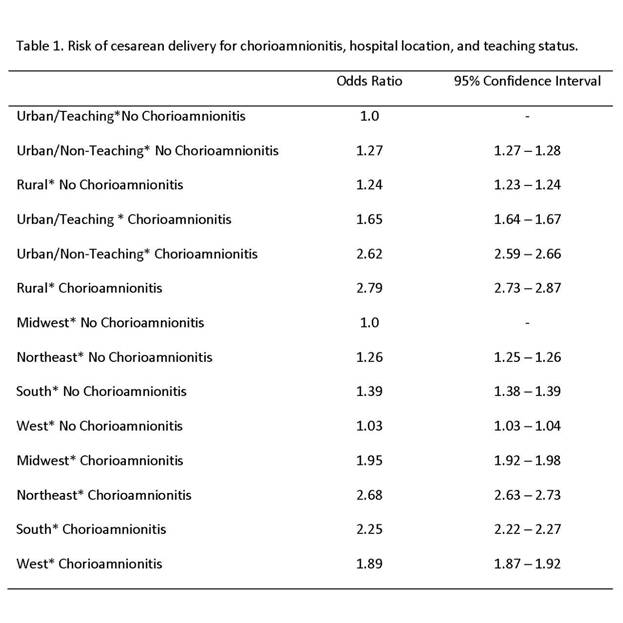