Neonatal intensive care unit (NICU) patients are at risk for healthcare-associated infections (HAIs) due to their high exposure to invasive devices and immature immune systems. Understanding the epidemiology of HAIs in this population is a key step in the development of targeted prevention strategies.

To describe rates and pathogen distribution of device-associated infections (DAIs) in NICU patients, and compare differences in infection rates by hospital type (children's vs. general hospitals).

Neonates ≤ 750 g had the highest incidence of each reported DAI. Adjusting for BW category, pooled mean NICU incidence rates did not differ between children's and general hospitals, with the exception of VAP. Variations in the application of diagnostic criteria for pneumonia may explain some of the differences in VAP rates. Pathogens associated with these infections can pose treatment challenges; continued efforts at prevention need to be applied to all NICU settings. 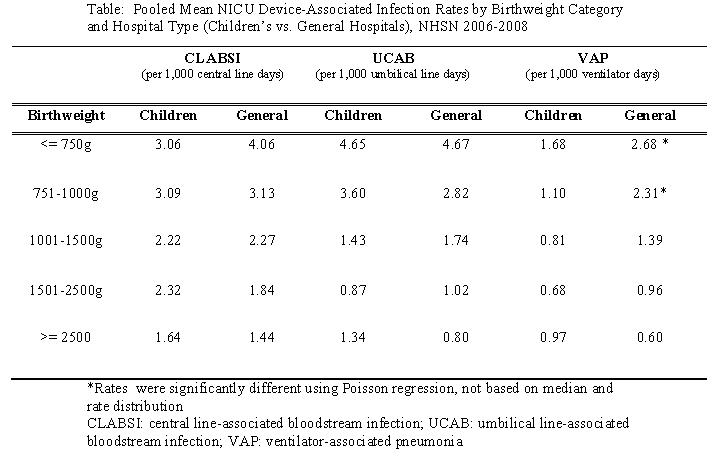