Background: Although healthcare workers have been at risk for work-related illness during recent SARS and avian influenza outbreaks, no consensus exists on the current degree of hazard from clinical care delivered to patients during seasonal or pandemic influenza

Objective: The authors sought to document relationships between sick leave usage and evolution of the epidemic among clinical and non-clinical staff in the Veterans Health Aministration

Methods: Sick leave usage for all employees was identified by two-week pay periods for three years, 2007 to 2009.  Average and 95% confidence intervalls were calculated for 2007 and 2008.  Usage in 2009 was compared with usage during 2007 and 2008.  In addition, the ratio of sick leave usage between clinical and non-clinical staff was plotted and calcuated (figure 1).

Conclusions: Clinical staff may be at greater risk for influenza than non-clinical staff suggesting transmission at work.  Exploration of leave ratios may be a sensitive indicators of novel influenza illness. 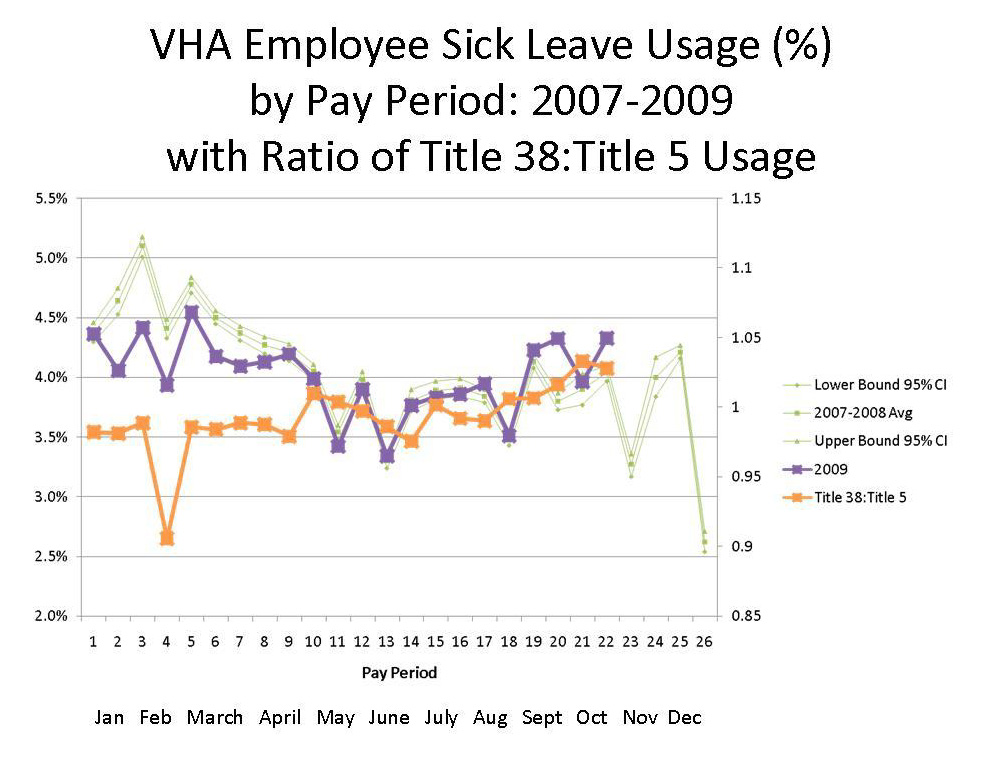